Choosing between an e-bike kit and purpose built e-bike

Usually when one thinks about an e-bike in comparison to a regular bike it’s like thinking about walking compared to a car. One is manual and requires more use of your legs, and the other has a battery and some sort of motor. But within the realm of e-bikes there are two definitive types of e-bikes: an e-bike kit (such as Swytch) and a purpose built e-bike. So how do you decide which one is right for you?

Whether it be for commuting reasons or leisure activities, deciding between an e-bike kit and a purpose built e-bike usually comes down to need and cost. Each system has its pros and cons, but both will usually get you where you are going. One takes advantage of your existing bike, while the other is a motorized addition to your bike collection. Let’s break it down.

A purpose built e-bike is just that. It’s a fully integrated electric bicycle. This means it has either a motor built into or onto the frame, rims that are closer to that of an electric scooter or moped and a chain that is built to turn motorized wheels. The bike comes from the factory already built and ready to ride and requires less assembly on your end.

All this means that purpose built e-bikes tend to cost substantially more than e-bike kits. A lot of them are customizable (like building a PC) and the cost is often driven up with necessary extras. Buying a purpose built e-bike also means that that’s your bike. That is to say, unlike an e-bike kit, you can’t strip it down and be left with a standard bicycle. It’s its own motor vehicle.

The first thing you’ll notice about e-bike conversion kits is they usually don’t come with a bike. That’s because they are DIY additions to transform your standard bike into an e-bike. You’ll also notice that the cost of an e-bike conversion kit is much, much cheaper than a fully integrated purpose built e-bike. An e-bike kit is in the hundreds and can fit within almost any budget.

With an e-bike kit, you’ll usually get a battery, a motor drive wheel, a pedal assist system and the appropriate wiring and throttle. Adapting your standard bike to an e-bike kit usually involves mounting the battery and installing the motor and pedal assist sensors. It’s not difficult if you know how to change a tire and turn a wrench.

If you need an e-bike for commuting or leisure riding and want to save some money, then you’ll want to consider getting an e-bike kit. While this is being written on a site that sells e-bike conversion kits, this comment is about saving money and still getting the e-bike experience. Sure, you might have to perform repairs yourself, but those aren’t usually too complex.

A purpose built e-bike is great if you have a larger budget and don’t want to clog up the streets with a car, because there are cheaper used cars out there than some purpose built e-bikes. They are also great if you want a complete e-bike, that is, you don’t ever want to swap the bike back to standard. You want a vehicle, you don’t want a converted bicycle. That’s what an e-bike conversion kit is for.

TL;DR: e-bike conversion kits are much cheaper and allow you to swap back to your standard bike while reaping the benefits of an e-bike. Purpose built e-bike kits run expensive and are a complete electric vehicle. The choice is yours. Hit the road and stay safe. How to Care for Your Cycling Gear 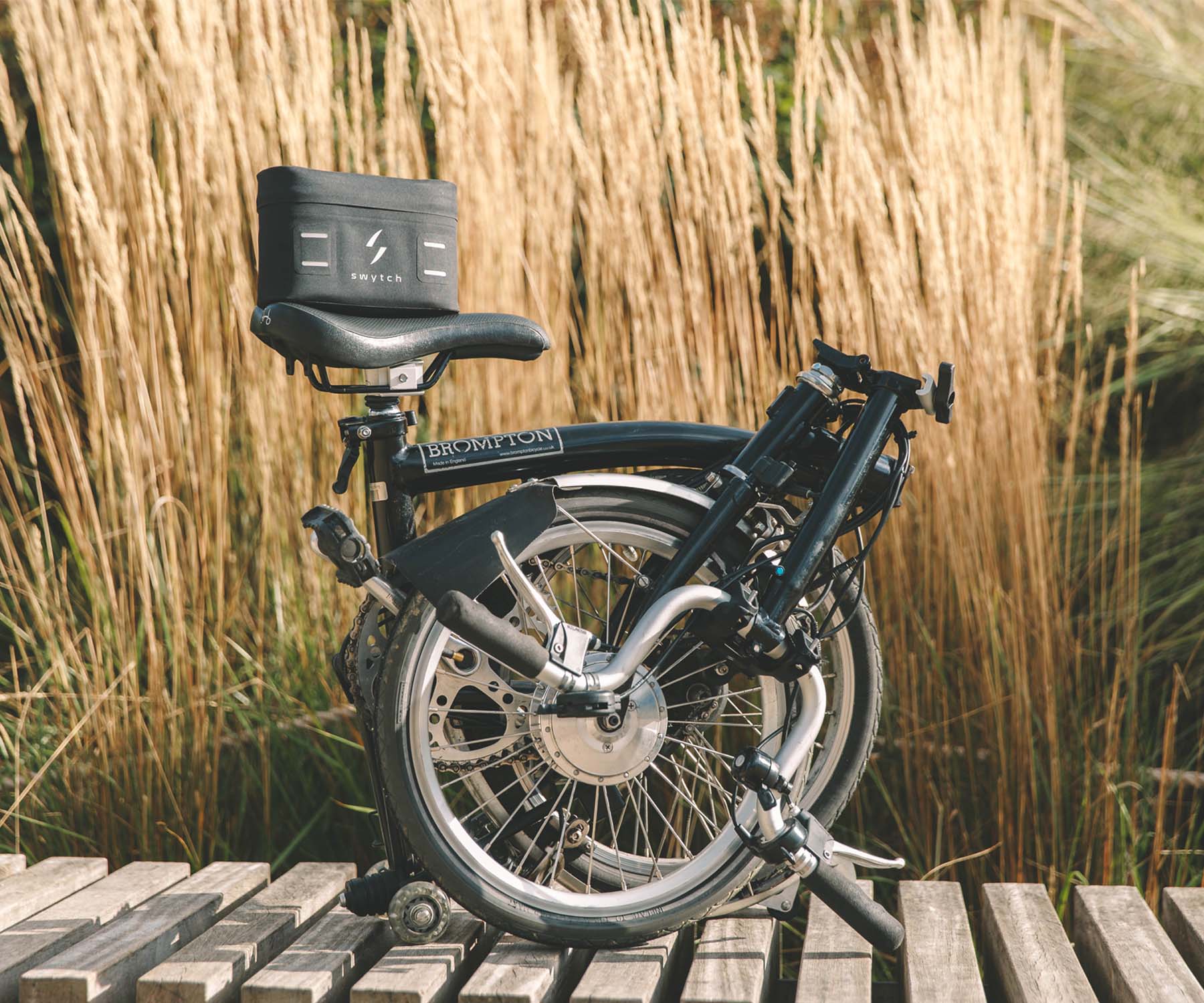 How Can I Make My Folding Bicycle Electric? Will it fit my bike? Something new is coming...

Learn more when you sign up to our waitilist!